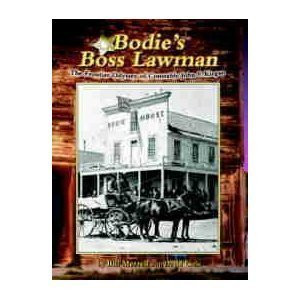 deputy sheriff during the boom years. Serving as the boss lawman of Bodie was the culmination of Kirgans life  an odyssey that placed him in contact with the emerging history

of the American West. The foreword by Stanley Paher consists of a series of lively essays on various aspects of Bodie history: Commerce, Gambling and Saloons, Mining and

Speculation, Bodies High School, the Jail, Fire, at Home in Bodie, Transportation, and Law and Disorder.