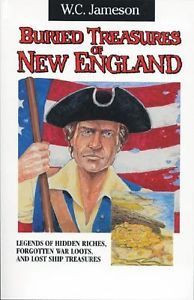 Marie Antoinette's $1 million necklace lies in the cold waters of the Pennichuck Brook just a few miles from downtown Nashua, New Hampshire. A steamboat, possibly the country's first one, still remains deep in Lake Morey near Fairlee, Vermont. A young woman discovers her great-grandfather's lost money in the chimney of his mysterious Massachusetts mansion. But was there more hidden in the bricks? From Revolutionary War and Civil War tales to a legend about a missing silver church bell, this lore, grown out of true accounts and actual histories, has propelled New England into one of the most fascinating regions for Lost Treasure.