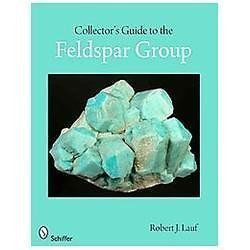 Over 100 vivid color photographs of beautiful feldspar minerals show each species in its geological context. The feldspar minerals, as a group, make up nearly sixty percent of the earths crust. Large crystals are found at many locales worldwide, in both igneous and metamorphic rocks. Often, feldspar forms the matrix for stunning gem crystals found in pegmatites. This book explains how feldspars are formed and the complicated structural features that create fine crystals, twins, and vivid colors. After a brief introduction, the general treatment begins with an explanation of the chemistry and taxonomy of the group. A section on their formation and geochemistry explains the kinds of environments where feldspars are formed. Detailed entries for each mineral provide locality information and full-color photos so that collectors can see what good specimens look like and which minerals one might expect to find in association with them. An extensive bibliography is provided for further study