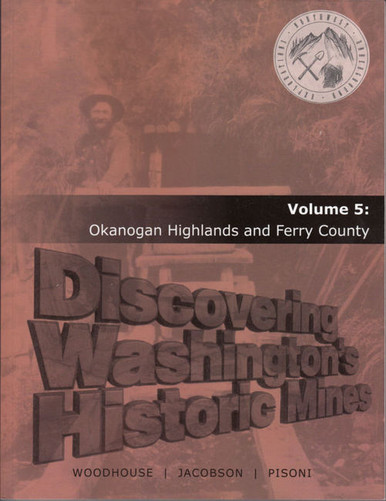 When the Colville Indian Reservation was removed from the area around the San Poil river, prospectors who had been waiting in the area pounced. Their activity was concentrated in the region of Eureka Gulch(later republic), and virtually all of the land was quickly claimed. This proved to be an area of rich veins and richer pockets of gold. Once the thrill of discovery wore off and reality had set in, however, the prospector realized their predicament: This was and extremely remote locale; there were no roads, and the existing paths were little more than horse trails. They would have to be innovative in finding ways to get equipment inot, and thier ore out of, their mines.

This book tells the story of how they accomplished this feat, from establishing the first towns-, Republic, Wauconda, Molson, and Bodie - to constructing roads and other means of transport to the area. Because of the difficulty in shipping ore to market, the costs proved to be prohibitively high. This problem was resolved through good old Yankee ingenuity.

The prospectors constructed concentrating mills to crush the ore and reduce the amount of gangue (Worthless Rock) that had to be tranported. They often went a step farther, incorporating small smelters at the end of the concentrating process. This allowed them to produce a material known as dore', which consists mostly of gold but with some silver. Some of the mills were large, and others were small, but all of them had one problem in common: to much of the Gold and Silver was lost in the concentrating process. Then the Railroad arrived...