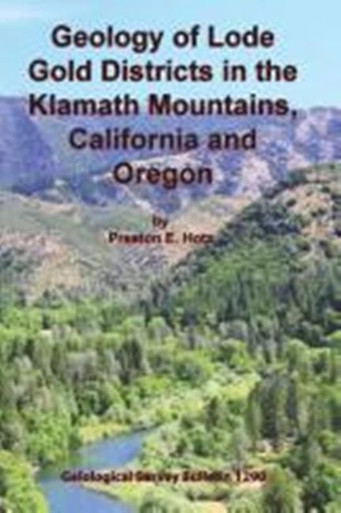 Geology and Lode Gold Deposits of the Klamath Mountains, California and Oregon

Geology of Lode Gold Districts in the Klamath Mountains, California and Oregon - by Preston E. Hotz. The Klamath Mountain Range is one of the richest in Gold, second in production to the Mother Lode. It is estimated that some 7 million ounces of Lode and Placer gold has been mined from here through the early 1970's when this book was first published. Actual production is probably higher. This book covers the Lode Mines of Each District throughout this range. Many of the placers in this region were derived from these lodes.