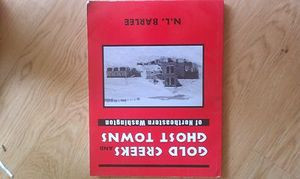 Great book covering the Ghost towns and Mining Camps of Northeastern Washington including the Following Counties of Kittitas, Chelan, Okanogan, Ferry, Stevens and Pend Oreille. Lots of Old pictures from the turn of the last century as well as current pictures of the towns.