Guide to Prospecting & Rockhounding in Wyoming 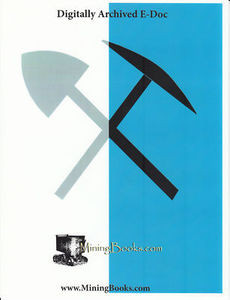 Guide to Prospecting & Rockhounding in Wyoming

Guide to Prospecting and Rockhounding in Wyoming

Welcome to Wyoming! If you have come to our state to search for gold, diamonds, agates, or other precious metals or gemstones, you will find there is a wonderful opportunity to prospect or rock hound in the Cowboy State. Wyoming contains a large variety of minerals and rocks, and new discoveries are made every year.

Many people are under the erroneous impression that everything has already been found in the state, when in fact several gemstone and gold discoveries have been made in Wyoming during the past few decades. For instance, diamonds were accidentally discovered in 1975 south of Laramie and since then a number of diamond-bearing deposits have been identified in Wyoming and Colorado. More than 130,000 diamonds (including gems weighing more than 28 carats) have been recovered along the Colorado-Wyoming border south of Laramie. Geological and mineralogical evidence indicates that many more diamond discoveries will be made in the future.

Some gold was also found in Wyoming in recent years. One of the most impressive finds during the past 50 years was the authorâs 1981 discovery of an entire gold district west of Casper in the Raô ´lesnake Hills area (Hausel, 1998) (Figure 1). Following this discovery, some major mining companies and private consultants explored the district and located several other gold anomalies that led to drilling a significant, large-tonnage, low-grade gold resource at Sandy Mountain. There may be as much as 1 million ounces of gold at that site (Miller, 1999).

Several other gold discoveries were made by the Metals and Precious Stones Section at the Wyoming State Geological Survey (WSGS) during mapping projects in the historic mining districts at South Pass (Hausel, 1991), Seminoe Mountains (Hausel, 1994), Sierra Madre (Hausel, 1986), and Medicine Bow Mountains (Hausel, 1989; 1993) (Figure 2). In addition to the above lode discoveries, prospectors and treasure hunters have found many gold nuggets near some of these lodes with the use of metal detectors. A 7.5-ounce nugget was found at South Pass by a Wyoming prospector. Another treasure hunter from Fort Collins, Colorado found more than 100 nuggets at South Pass, and a prospector from Arizona recovered 399 nuggets in the Sierra Madre (Hausel and Sutherland, 2000).

Besides gold and diamonds, other metals and gemstones are also found in Wyoming. In 1995, a significant platinum, palladium, and nickel anomaly was identified in the Puzzler Hill area of the Sierra Madre near Saratoga (Hausel, 1997; 2000a). A few other areas in southeastern Wyoming also have the potential for discovery of platinum-group metal deposits.

Wyoming was known for its spectacular jade finds in the 1930s and 1950s, but in more recent years, other gemstones have been found. One of these was a beautiful, 1- to 2-foot long aquamarine from the Anderson Ridge area found by a prospector from Lander. In 1998, approximately 13,000 carats of gem-quality peridot and industrial olivine were recovered from two anthills near Black Rock in the Leucite Hills north of Rock Springs. Another aô ´ractive gemstone, known as iolite (gem-quality cordierite) was also found in 1998. This gem is transparent and changes from sapphire-blue to violet-blue depending on the direction from which it is viewed (Hausel and Sutherland, 2000). A group of iolite specimens weighing more than 1000 carats has been recovered by the WSGS. Some rubies and sapphires have also been found in the state. So kick a few rocks around and keep your eyes openâyou may find a new mineral deposit or occurrence, maybe even a whole new district!