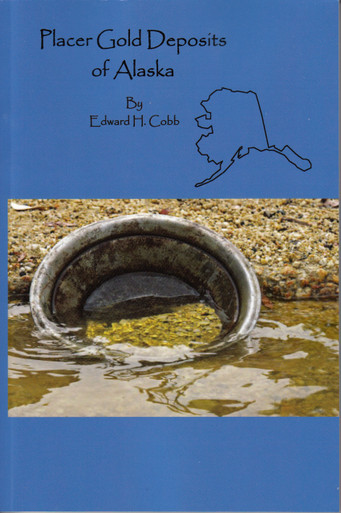 Placer Gold Deposits of Alaska
by
Edward H. Cobb
Placer Gold Deposits of Alaska was originally published in 1973 by the USGS as Bulletin 1374.  The book covers all of the major areas where placer gold was and is being found in Alaska,  even today.  Includes Maps,  descriptions of the placers, discovery where known and how much has been mined from particular areas if known.  It also covers geology of the areas and descriptions of how and where the placers formed.  Great book 215 pages.
Contents: