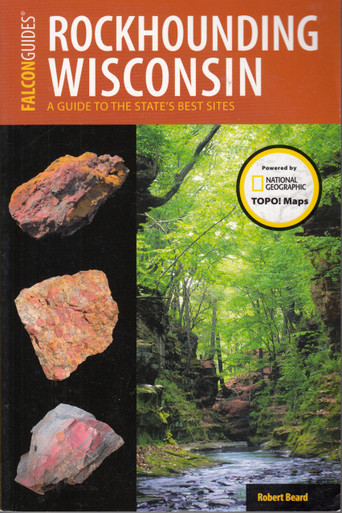 Rockhounding Wisconsin
A Guide to the States Best Sites
by
Robert Beard
2018
288 Pages
While Wisconsin has a lot to offer in the way of Rocks and Mineral Collecting,  no one until now has really put together a collecting guide for the State.  The Author has not only put together a list of collecting localities,  he has taken pictures of most of the sites, included maps, provided GPS coordinates and more.  The author is a well know contributor to Rock and Gem Magazine as well as other publications.  84 Collecting localities are included in this book.
Happy Hunting!