The Lost Canyon of Gold 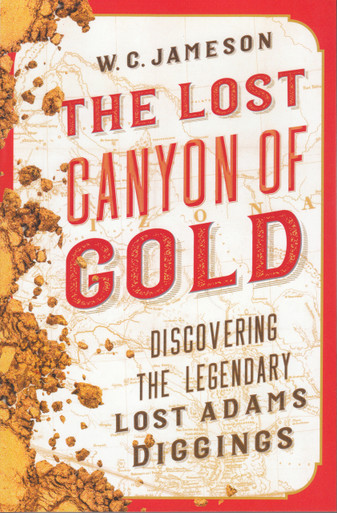 The Lost Canyon of Gold

The Lost Canyon of Gold
Discovering the Legendary Lost Adams Diggings
by
W.C. Jameson
Probably the most sought after and searched for Treasure ever in the United States.  The Lost Adams diggings have had numerous books and shows written and produced in search of this treasure.  What makes this treasure so popular versus many other treasures is that so many accounts of the treasure were documented from multiple sources.  Here W.C. Jameson Renowned treasure hunter and author.  The book is approached unlike many others where the author first tells the story,  then talks about the subsequent hunts and visits,  then does and analysis of all the facts which leads them to what they think is the canyon that Adams had found.  They discovered gold in the small stream and are planning trips back to find the hardrock where this gold is coming from.  So while the main source has not been found, and as the author indicates may never be,  he is certain they are in the canyon where Adams made his discovery,  but with so many side canyons and gulches,  the exact spot remains a mystery.