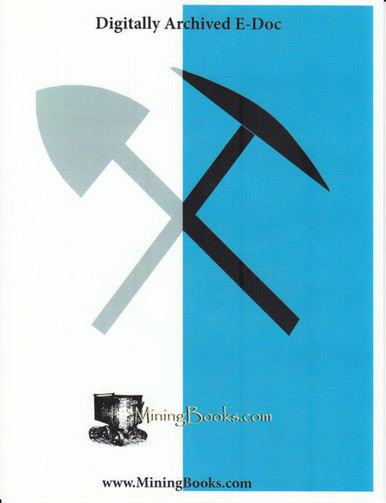 The Upper reaches of the Sierra Nevada Auriferous Gold Channels, California and Nevada

Nevada Bureau of Mines and Geology

The world-famous Eocene "Auriferous Gravels" and overlying Oligocene rhyolitic ash-flow tuffs of northern California and adjacent northwestern Nevada lie unconformably on Mesozoic or Paleozoic basement rocks. These are overlain by volcanic deposits of the Miocene ancestral Cascade volcanic arc. The erosion surface above the pre-Tertiary rocks represents a considerable hiatus, 40–60 Ma, during which time Mesozoic arc volcanics were eroded away. The eroded material was trans- ported west across the future Sierra Nevada to the Great Valley sequence of central and northern California. It is clear that the pre-tuff erosional surface had some relief, with a well-developed system of westward-flowing streams in broad paleovalleys in western Nevada and adjacent California. These streams headed in a central Nevada highland. Locally, in western Nevada, stream deposits are preserved in the central parts of these valleys below the rhyolitic ash-flow tuffs. In adjacent eastern Califor- nia, the Oligocene ash-flow tuffs lie on the Auriferous Gravels. In some areas farther to the west, only Auriferous Gravels are found in the paleovalleys. The source calderas of the Oligocene outflow tuffs found in the paleovalleys are apparently all located to the east in western or central Nevada; there are no known sources for these Oligocene ash-flow tuffs in the Sierra Nevada. Recognition that ash-flow tuffs of western Nevada and eastern California can be tied to their Nevada source calderas, and that they were deposited mainly in paleovalleys makes it possible to trace the middle Tertiary rivers upstream from where their courses are better known in the western Sierra Nevada.

Most gold in the lower reaches of the Eocene paleovalleys was probably eroded from gold-bearing mesothermal quartz veins, both in the main Mother Lode and in scattered deposits as far east as Lake Tahoe and Quincy. Some of that gold was later reworked in channels contemporaneous with Miocene andesitic volcanism and was also eroded into the present streams that were first worked by the Forty-Niners. Some veins that were eroded to supply gold to Eocene rivers may have been completely eroded or their remnants are concealed beneath Miocene volcanic rocks. Some Eocene placer gold was eroded from polymetallic veins, particularly those associated with granitic intrusions and porphyry-copper-related mineralization. In northern California, Au-Cu-bearing veins in the vicinity of the Lights Creek Porphyry and in the nearby Genesee and Taylorsville Districts (eastern Plumas and Lassen Counties) are potential sources. Similar mineralization in the Meadow Lake District of Nevada County supplied some gold to paleoplacers of the Tertiary Yuba River. In Nevada, gold in the known paleoplacer deposits under Oligocene ash-flow tuffs (Yerington and Little Valley) probably was eroded from similar polymetallic Au-Cu (quartz-tourmaline) veins. Speculative upstream continuations of various branches of the Tertiary Yuba and American Rivers enter Nevada near the Fort Sage Mountains, Hallelujah Junction, Reno(?), Little Valley, and Hope Valley (via Echo Pass). One branch of the Little Valley channel can be speculatively traced to the vicinity of Yerington.